Reasons Why You Should Wear a MAGA Hat 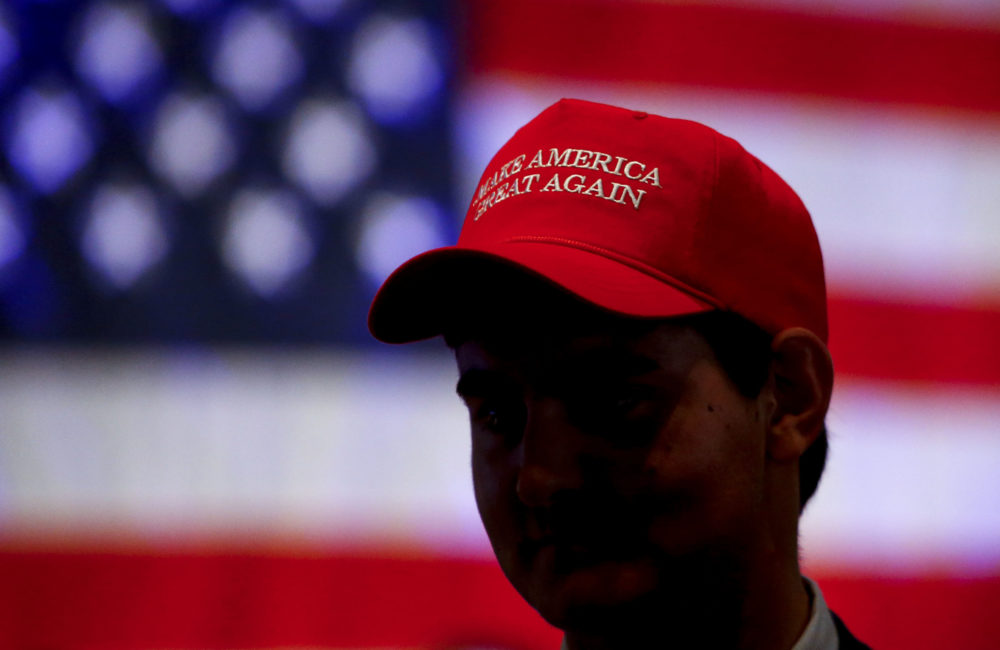 Oliver Lester, of Montgomery, wears a hat with President Donald Trump’s campaign slogan as he watches results come in for Gov. Kay Ivey at a watch party, Tuesday, Nov. 6, 2018, in Montgomery, Ala. (AP Photo/Butch Dill)

Do you ever want to wear a MAGA hat on your way downtown?

Basically, the MAGA or “Make America Great Again” iconic hat by Trump has become a number trend for most likely all of his die-hard fans and wanna-be supporters. However, liberals and people who aren’t Trump fans and supporters are sending messages to Trump by doing nasty things to people who wear a MAGA hat.

But that shouldn’t be a discouragement for his supporters, instead, it should be an encouragement to wear it more as this show his non-supporters that the support people of America have for Trump in indispensable. Indeed, these days in America a cap isn’t just a cap, but it is so much more. It is a passion, it is a belief, it is power.

Today, this blog will tell you a few reasons why you should wear Make America Great Again hats or MAGA hats.

The iconic MAGA or Make America Great Again hats are definitely the new symbol of the year for America, it just shows how much passionated is Trump in his people and how much he values America.

Apart from that, there are other reasons as to why you should wear one today, either you are a Trump supporter, a Trump fan, or just a low-key American citizen who believes in Trump.

Take note of these 3 reasons we got here.

Indeed, wearing a Make America Great Again hats feels like you are wearing Trump. Imagine walking down the street wearing it with the risk of people who might attack you and the boastful gut you have that they can’t nag you down because you are wearing trump himself? Basically, this hat should be a symbol of support and not a ticket whether people will respect you or not.

Trump power lies in his Make America Great Again hats. But it does not mean that he’s the only one who should wear it, but also the people who believe in his greatness and in his power. Wearing this hat makes you feel like you have Trump’s power in you.

It is indeed influential and inviting. A lot of people, stars, celebrities, influencers and even normal and low-key American citizens are wearing this cap for mostly one thing— they want to influence others to do the same. It is like you are sending a message that this is not only who you are supporting with, but also his political views and dream for America— he wants it to be great again, and so do you.

If you wanted to make a purchase on MAGA hat, make sure you download instant messaging for business first.