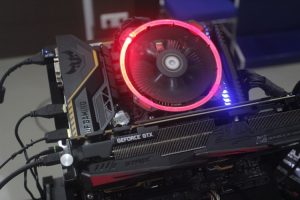 Whether fantasy worlds, every imaginable sport or even an agricultural simulator: computer and video games are extremely diverse in their subjects. The industry has so far largely ignored just one topic: politics. But that is gradually changing.

Politics in Games – All Media is Political – Extra Credits

Jock Cranley is the cartoon of a reactionary tea party republican, and as such, he doesn’t like them all: immigrants, unionists, the disabled, police officers – and older women. The former stuntman wants to be governor of San Andreas, the fictional state in the action game Grand Theft Auto V, which is released for the PC. GTA V hardly evades a political topic, and computer games – unlike books, films or even pop music – have long been a non-political pastime. But the content of the games is changing and that has to do with the players, says cultural scientist Christian Huberts. He teaches as a freelance lecturer at the Games Academy in Berlin.

“In recent years it has become very clear that there has been a development towards political issues in games, political debate in games. This is due, for example, to the fact that the average age of the players is now between 31 and 34, depending on who you ask. And now you have a completely different target group that is interested in other topics and also in political issues. “

Immerse yourself in the lives of precarious workers

But it is above all the small, independent productions that tackle these “other issues”. Games like “Papers, Please!”, Where you slip into the role of a passport controller and have to deal with the topic of migration. Games like “I’m Positive”, which focuses on HIV, or “Card Life”, which takes a look at the lives of precarious workers.

Or games like “This war of mine”, which shows the war – from the perspective of the victims. “This War of Mine” even won a nomination for best international game at this year’s German Computer Game Award. Will games soon shake society up like the TV series “Holocaust”, the film “Philadelphia” or the book “The Lost Honor of Katarina Blum”? Christian Huberts:

“In the long term, one can definitely assume that computer games will have social relevance at some point in order to initiate political discourses, to comment on them and to play a central role in shaping them. But this is actually not yet the case. “

So it will take some time before computer games break the big socio-political debate. But they are already sharpening political awareness. On a side note, want a game that’s not so political? Click here.