The Impact of Fashion in Politics 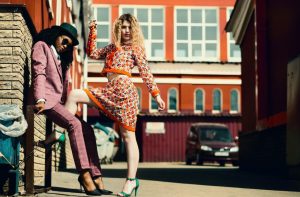 It’s no secret that fashion influences the message politicians seek to communicate. Of course, it is not a priority for any politician, but it does contribute to their image and narrative. According to a political crisis consultant, we would be amazed if we realized how much time his clients spend analyzing tie colors, time that could be spent discussing, say, a peace process. Yes, clothes can help a politician project the image they desire. An outfit can sometimes communicate more than words, whether by color, design, or a literal phrase.

You can’t discuss fashion and US politics without mentioning Jacqueline Kennedy. She was only the First Lady for a short time, but she is still regarded as the key fashion icon of US politics. On the inauguration day of her husband’s administration, she donned a suit with a matching pillbox hat that appeared blue in images but was beige. Jackie Kennedy also found novel ways to appeal to conservatives and liberals. For example, her first strapless gown under a sheer sheath was a compromise aimed at appeasing both traditionalists and rebels at the outset of the sexual revolution.

Michele Obama was also influential in highlighting the significance of fashion in politics. During her documentary, her husband, former US President Barack Obama, noted that “fashion just isn’t fashion” in politics and that the first woman should “transform it into a tool rather than being a victim to it.” Michelle Obama possessed something no previous First Lady had: a unique combination of critical factors. While Jackie Kennedy wore US-made clothing based on French labels, Obama wore clothing designed by US youth designers to help the country’s fashion industry. Michelle also wore wearable outfits, similar to Duchess of Cambridge Kate Middleton. She would, however, dress in high-end brands, creating an aspirational image for herself and avoiding being in her husband’s shadow. Even if you are not a politician or involved in politics in any way, you can still enjoy fashion with techwear winter. Sport those jackets and pants outdoors on your way to work or during a fun day.

Fashion Messages from the Trumps

Another unavoidable incident when discussing clothes in politics is the iconic Zara jacket worn by then-First Lady Melania Trump while visiting imprisoned immigrant children at the border. That clothing conveyed her indifference to the entire situation at the border and her lack of interest in anything going on. She attempted to claim that the jacket meant nothing, but her husband and then-President Trump stated on Twitter that the garment was a message of Fake News.

During his presidency, Donald Trump had his fashion narratives. His gigantic ties, usually red in allusion to the Republican Party, matched his oversized suits, which were large enough to accommodate his massive ego. Also, how can we forget the “Make America Great Again” caps he proudly wore on numerous occasions because he is the type of populist that wears his merch rather than dressing like his people.

Through Fashion, a New Dialogue

Using just designers headquartered in the United States was the first item that stood out. Joe Biden dressed in Ralph Lauren, while Kamala Harris was in Christopher John Rogers. The first lady, Jill Biden, wore an ensemble by Alexandra O’Neil of Markarian, and Harris’ husband, Doug Emhoff, also wore Ralph Lauren. The chosen designers ranged from a relatively young company and black designers to one of the most traditional American companies, representing the inauguration’s theme: ‘America United.’ Everyone was included.

The same message can be expressed about the color purple, which was widely used and virtually became the inauguration’s hallmark color. Blue and red represent the Democratic and Republican parties, respectively. Thus, even the most current colors used by Harris and Michelle Obama refer to the United States’ unity. Purple is also, after white, the color chosen by suffragists, which is a sign of feminism. Therefore the color might also commemorate Harris’s election as vice president.